Japan was the first country in Asia to host a Grand Prix as part of the World Cup. Ever since 2009, the competition has been decided on the Suzuka Circuit, in the northern parts of Japan. The competition has several times been scheduled as the last race in the F1 calendar, which in turn gave them the honor to crown the new world champion after the race!

The track was created in 1962, at the initiative of Soichiro Honda, the founder of Honda Motor. The architect behind it all was then the Dutchman John Hugenholtz who later designed the now iconic circuit and the first Grand Prix competition was decided there in 1963. The first official Grand Prix in the World Championship was not run until 1987 and nowadays 155,000 spectators can experience the F1 cars along the Suzuka Circuit.

The circuit of a total of 5.8 km is located on the outskirts of the Japanese city of Suzuka and there it is nicely integrated with green areas and parks. The track is designed in the form of the number 8 and at the intersection they use a viaduct. A Grand Prix on the Suzuka Circuit is run over 53 laps and in 2019 the fastest lap so far was completed on the circuit, the time was written to 1: 30.98 and was driven by the British racing star Lewis Hamilton.

Suzuka Circuit is described as a fast track with a U-curve at turn 11 and S-curves that contribute to exciting overtaking duels! The course has contributed with many unforgettable events over the years and F1 legends such as Michael Schumacher and Mika Häkkinen have both had to end the season as world champions in Suzuka!

Travel to the amazing Japanese culture and experience F1 on site

Prepare for wonderful memories, in the middle of the Japanese culture in the city of Suzuka, combine this with the world's fastest cars in the Formula 1 race on the Suzuka Circuit! The experience is difficult to surpass with the fantastic Japanese food culture, surroundings and the festival feeling that F1 brings to its host city.

We at Go Sport Travel can offer official tickets to the Suzuka F1, with the opportunity for you as a customer to choose from several categories and either 1-or 3-day entry. We look for your wishes and in this way you get a ticket to the race that suits your conditions and expectations!

It can be a challenge to find the right accommodation and put together a trip completely on your own. We can help you, according to your wishes, tailor a complete trip with accommodation, adapted flight times and the right ticket category for the best experience during the Japan Grand Prix! 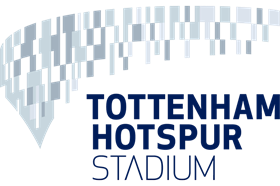