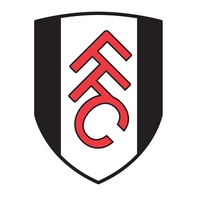 Fulham FC play their home games at their famous arena called Craven Cottage. The arena is fantastically located next to the famous River Thames which runs through all of London. Craven Cottage is perhaps one of England's nicest venues. Fulham has in recent years both played in the Premier League and also the second league Championship.

Craven Cottage - Football live with the River Thames next door

Craven Cottage was inaugurated in 1896, the arena was renovated in 2004 and then has a capacity of 25,700. In the 2019–20 season, they will further renovate and become a more modern arena. They tore down the entire Riverstand and it will be rebuilt and is expected to be ready by the 2021–2022 season.

Fulham's main rivals are mainly the London clubs Chelsea FC, Queens Park Rangers and Brentford FC. The club has reached two major finals, in 1975 they lost to West Ham United in the FA Cup final and in 2010 they lost the Europa League Final to Atletico Madrid.

The audience record at Craven Cottage is from 1949 when a total of 49,335 spectators witnessed the classic and London derby Fulham vs Millwall FC. During the 1948 Olympic Games, the arena hosted a number of football matches and the Women's Champions League was played at Craven Cottage in 2010–2011.

The easiest and most convenient way to get to Craven Cottage is by subway. From central London you can take the District Line and then get off at Putney Bridge. Then walk to the arena which takes about 15 minutes.

You can easily buy official tickets that come directly from the club with the option of both regular tickets with a simple seat on the short side or you choose one of the hospitality tickets that include food and drink inside the arena and seats on the long side.

If you are looking for a fantastic experience with nice football and get to experience London's oldest team live, we recommend that you visit Craven Cottage. A perfect place for both family or friends!